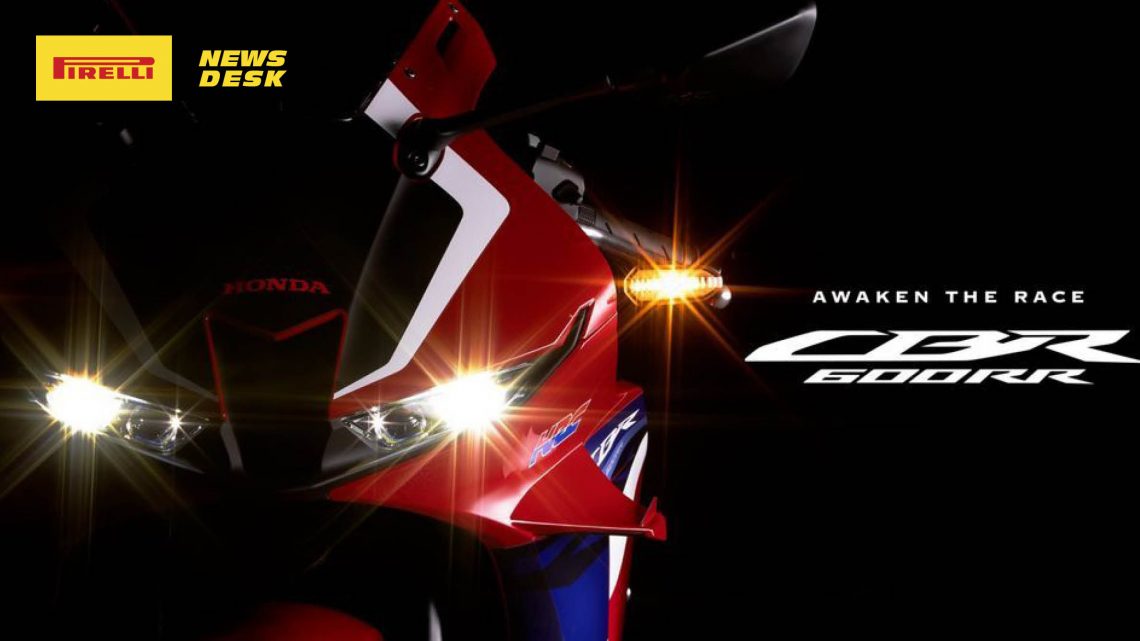 Who said Supersport 600cc machines were dead? Well, just about everyone, except for Yamaha who took the massive leap in releasing a (slightly) revamped version of their class-leading R6 machine a few years back. None of the other manufacturers followed suit, not wanting to spend money on what they considered a dying breed.

It’s no secret that sales of the screaming 600cc machines worldwide took a huge dive, with many riders in that market rather wanting to go for the older, stronger, and faster 1000cc brother.

But, Yamaha do not have to feel so alone anymore. Honda have now also come to the party and released an updated version of their very ancient, yet reliable CBR600RR. What you see here is leaked pictures that have flooded the web of the new 2021 Honda Supersport machine, which lends many design ques from it’s also new older bro, the CBR1000RR.

Sporting a very similar HRC racing livery, and slightly more “Turning Japanese” eyes, the little bro also gets wings, for whatever reason we have no idea, but they are there. No doubt those were put on just to have one up on their rivals in the market, namely the R6, which doesn’t have wings, so Ne neh ne neh neh, say Honda.

Apart from the odd new design here and there, the 2021 model pretty much stays the same. The new 600RR keeps its classic 599cc inline four engine configuration, but moves peak power up to 14,000 rpm on the dash. New camshafts, valve springs, and cranks make use of lighter metals, which helps it rev a bit more and free up the motor. The throttle bores have been enlarged and the intakes and exhaust have been tweaked to boost peak power from 113 horsepower to 119 – putting it one up on the R6 once more, 2 in fact, with the blue bike pushing out 117 according to the spec sheet.

Keeping up with the times, the new middleweight RR gets a fly-by-wire electronic throttle that goes to the bike’s ECU before it decides how hard to accelerate. The bike gets an inertial measurement unit to sense lean, pitch and how sideways you’re getting, and that feeds in with data from a dozen other systems to determine your final throttle opening. So, the 2021 bike gets throttle modes, traction control, wheelie control, engine braking modes and lean angle-sensitive ABS – impressive, but is it all really needed on a 600 Supersport? Why not, we suppose…

It gets a full color TFT dash (love it), LED lighting, a light-touch slipper clutch and a new look which Honda says also offers the lowest drag coefficient in the class – thanks to the wings and aero. It misses out on a quickshifter, which is pathetic once again from Honda, not sure why they can’t put that on but throw every other riding mode and electronic assist at it, to us, the quick-shifter is a must on any machine post 2010.

In terms of curb weight, you’re looking at 194kg, which is 8kg’s up on the previous machine, what the hell? and only 7kg’s lighter than the new CBR1000RR – highlighting the narrowing gap between the 1000cc and 600cc classes in terms of rideability and explaining the widening gap in sales figures.

It looks like Honda have taken a big risk, but like Yamaha still believe there are those who crave that screaming sensation one can only get from a Supersport 600 machine. We love Supersports, and hope they will forever continue, but with that gap from 300cc, and 1000cc bikes being bridged dramatically, is there really a market for these machines anymore? We are not 100% sure, and the fact that the new CBR6000RR won’t even be making its way into the European market, and possible here in SA, highlights that there is no real demand for it. And with a price tag of 13,900 Dollars (around R270k) in the States, there really is no point in buying one, as for a few more Dollars one could just get the CBR1000RR.

At least they gave it more power, and we do quite like the looks of the new LED lights, but that’s about it, to be honest.

Copyright © MOTO RIDER WORLD 2022
All rights reserved. No part of this publication may be reproduced, distributed, or transmitted in any form or by any means without the prior written permission of the publisher.